By Nines Licad March 18, 2015
One of the best burger joints in Manila finally opens another branch! Burger & Brewskies is now open at Estancia Mall in Capitol Commons, one of the most happening food hubs in the metro. And my reaction? It's a super big YEHEYESS!

Burgers & Brewskies became a household name thanks to their selection of awesome burger creations that gained a huge online cult following, with many of B&B's customers keep coming back for their bestsellers such as "Call The Nurse", "Heisenberg", and "Call The ER". More than the burgers, they also offer other items such as wings, beers, cocktails, yummy sides, and delicious sweet endings! 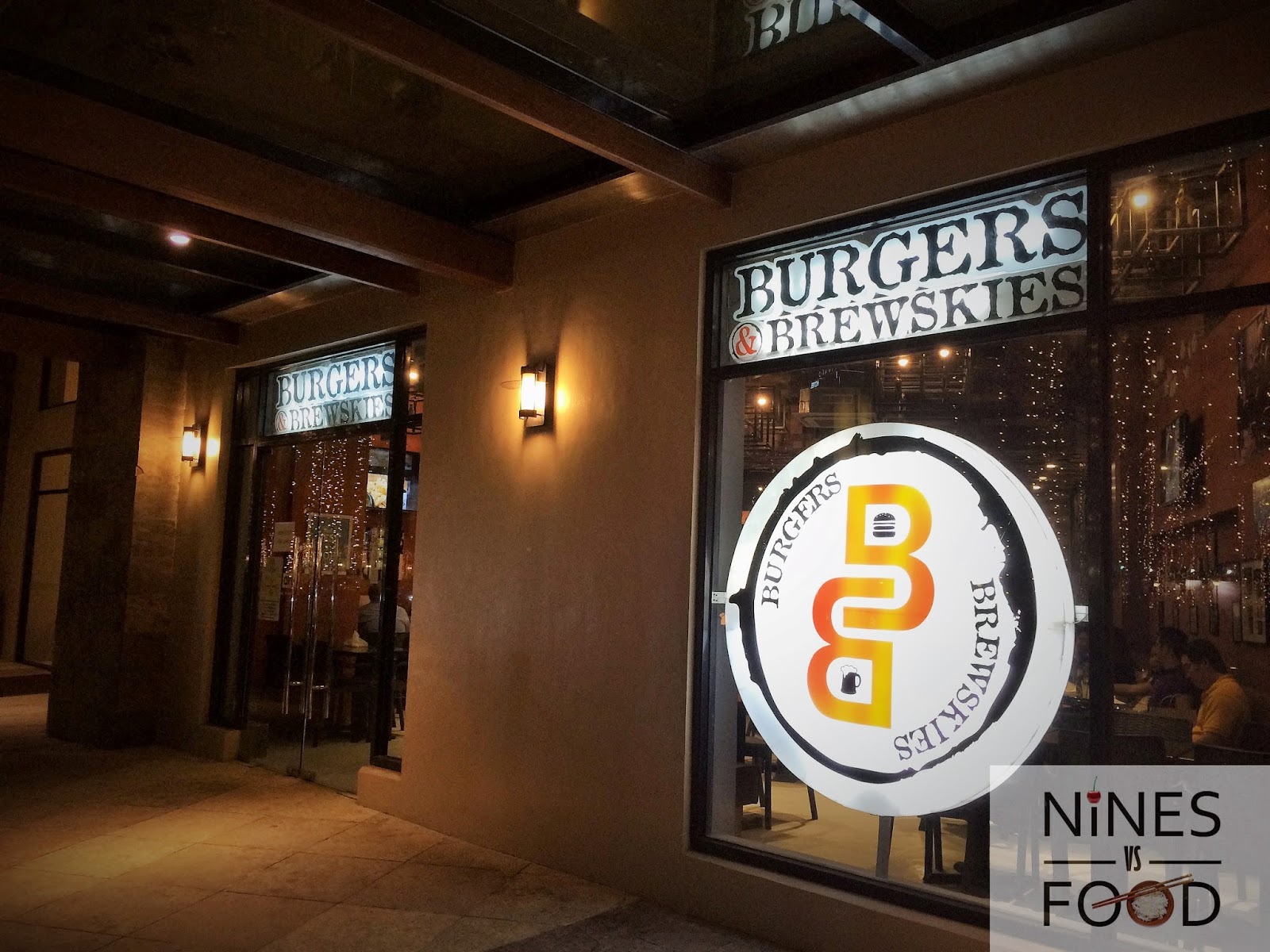 The new branch at Capitol Commons is bigger compared to its first home in Burgos Circle, with a casual dining set-up and interesting artwork displays within the restaurant, including magnificent light fixtures and a chandelier that's made with beer bottles of different sorts. 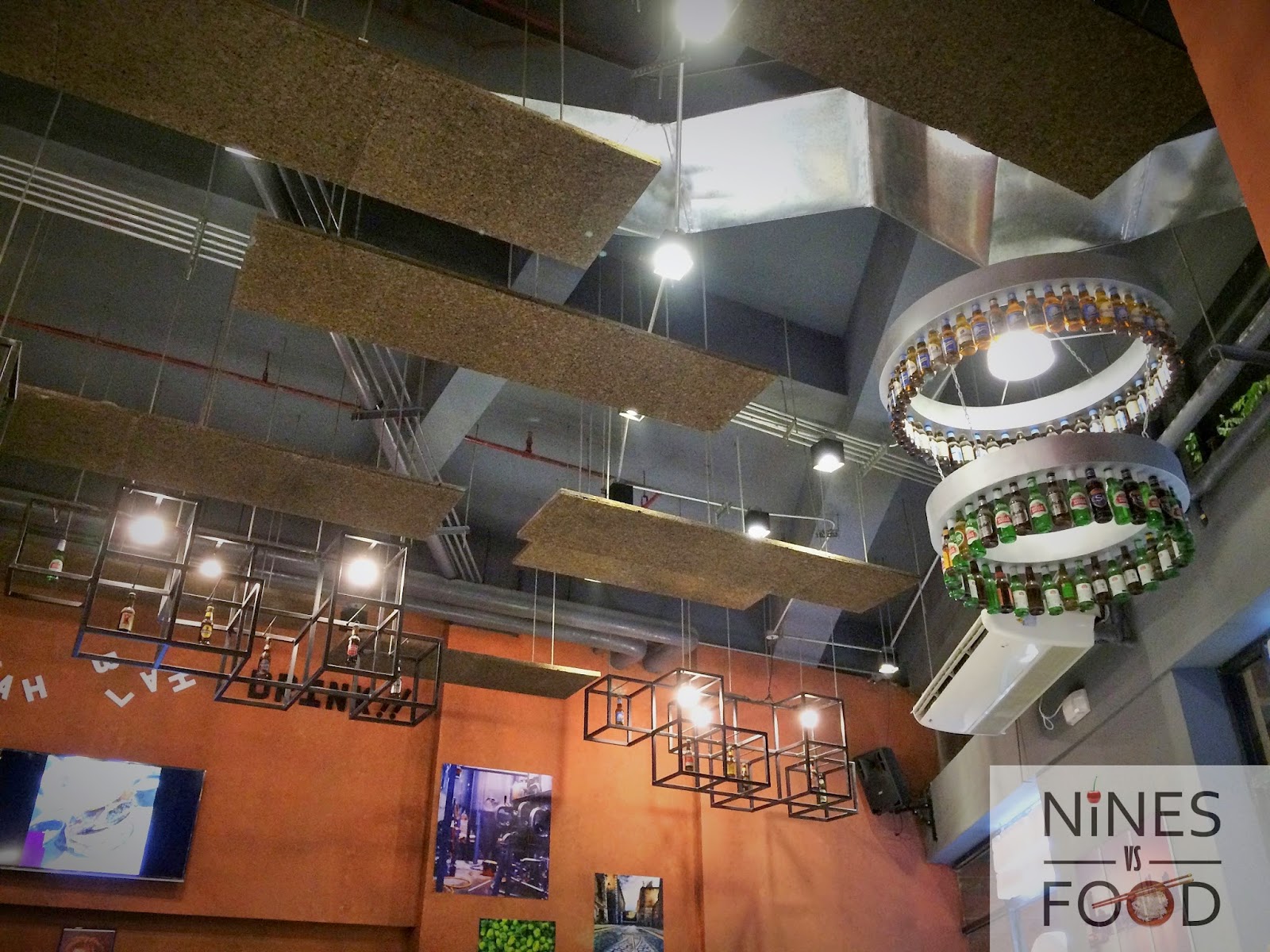 And to name some of the things I found really interesting, walls made with ; a funny remark posted on the toilet bowl; and other amusing quotes in frames within the restaurant. 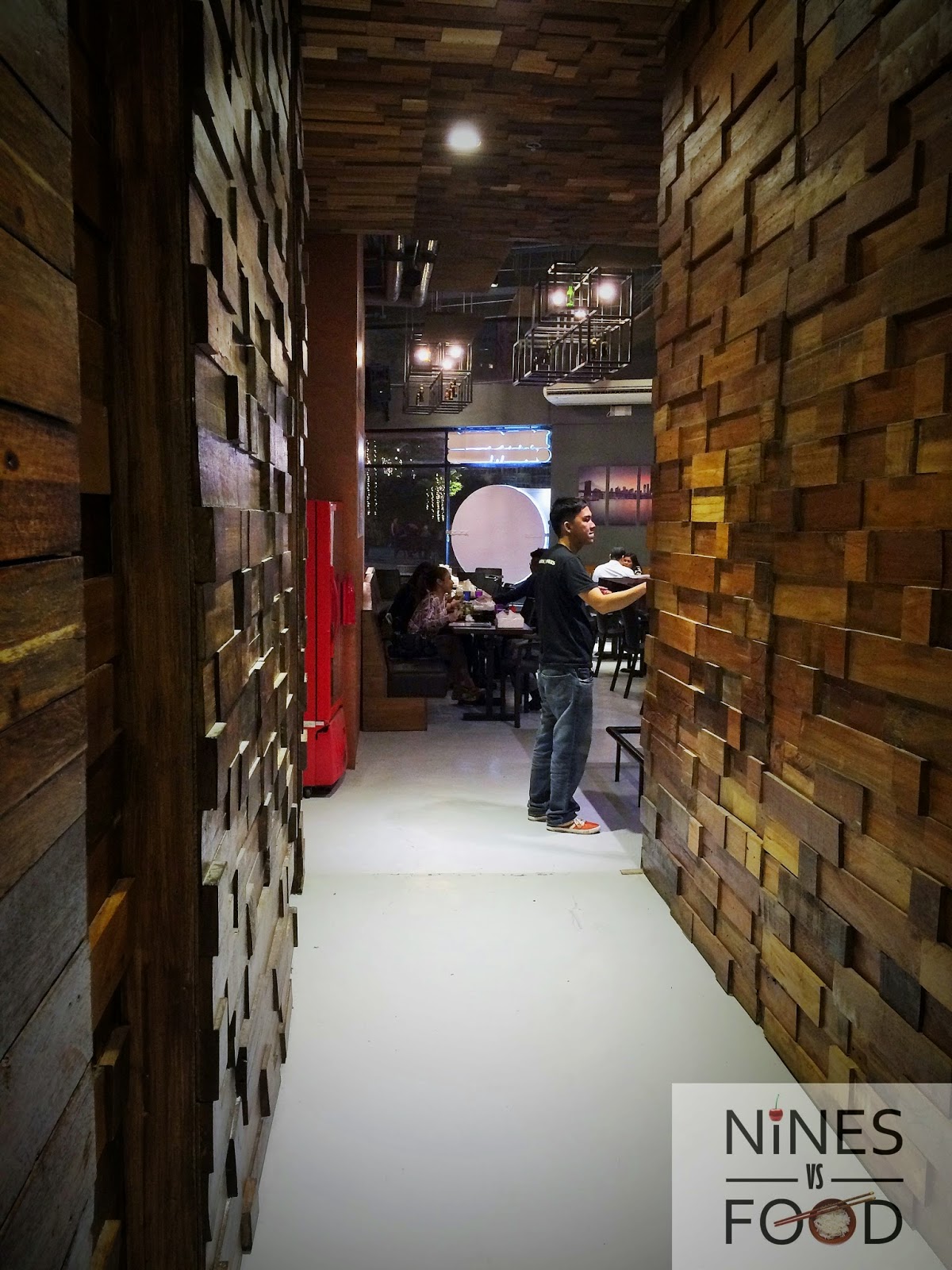 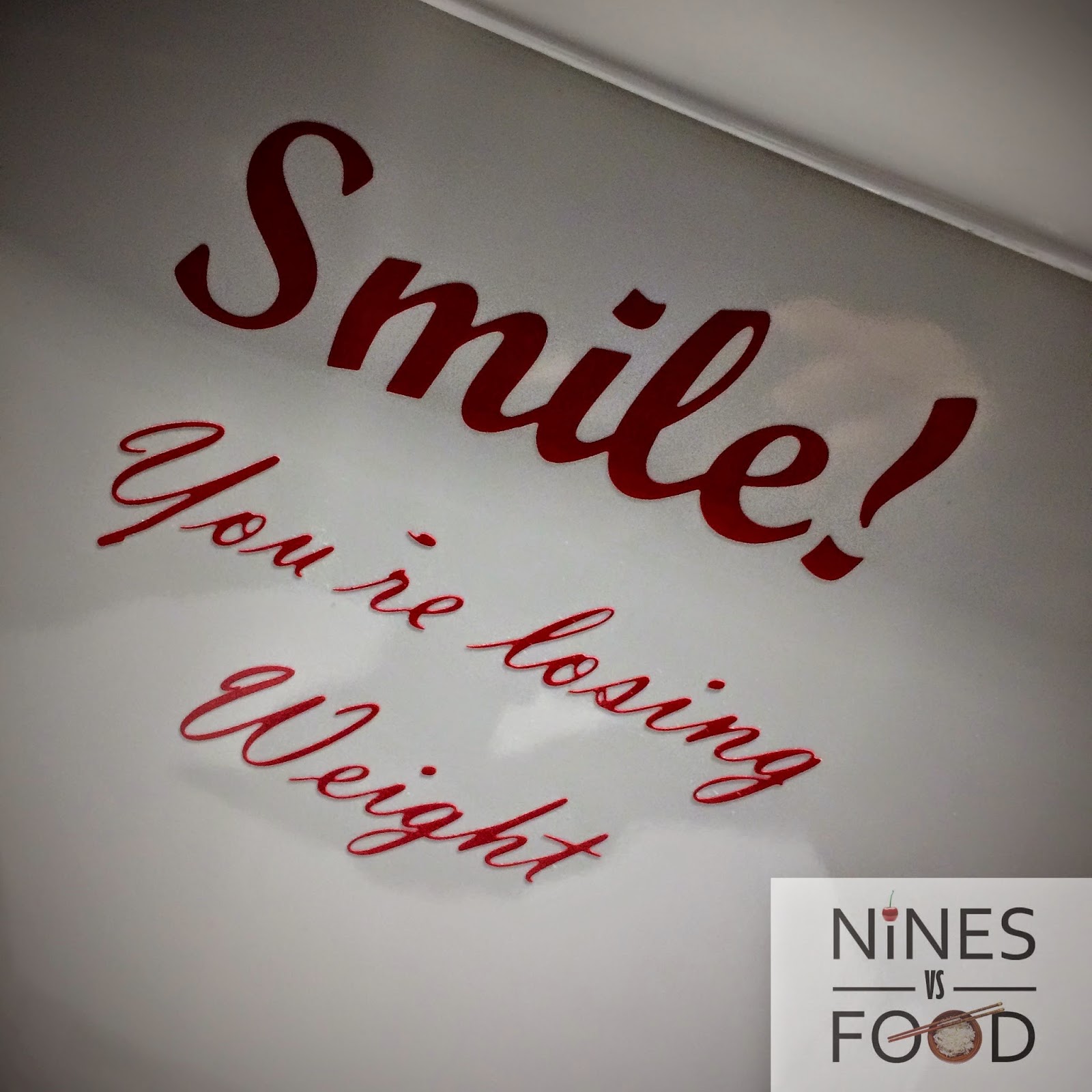 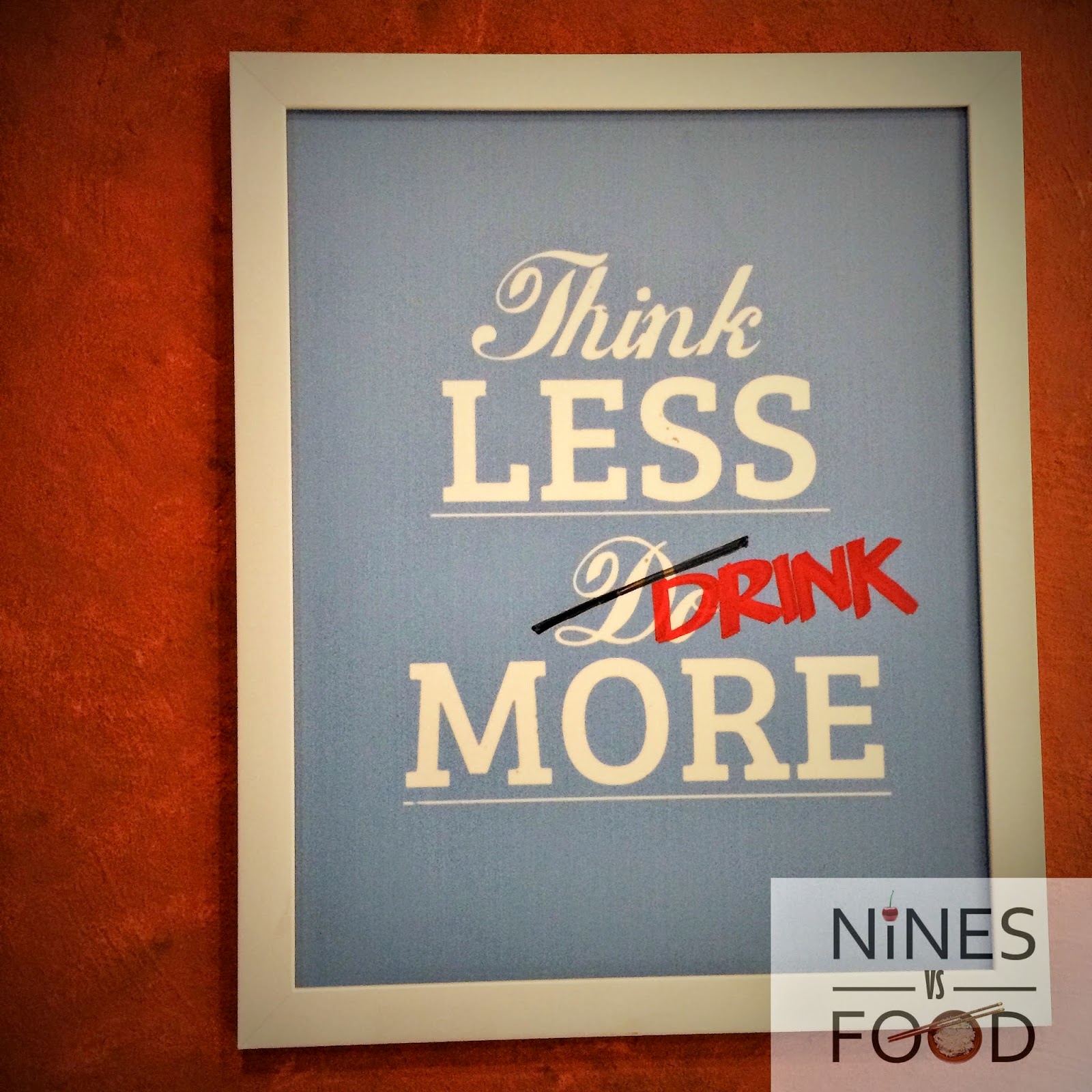 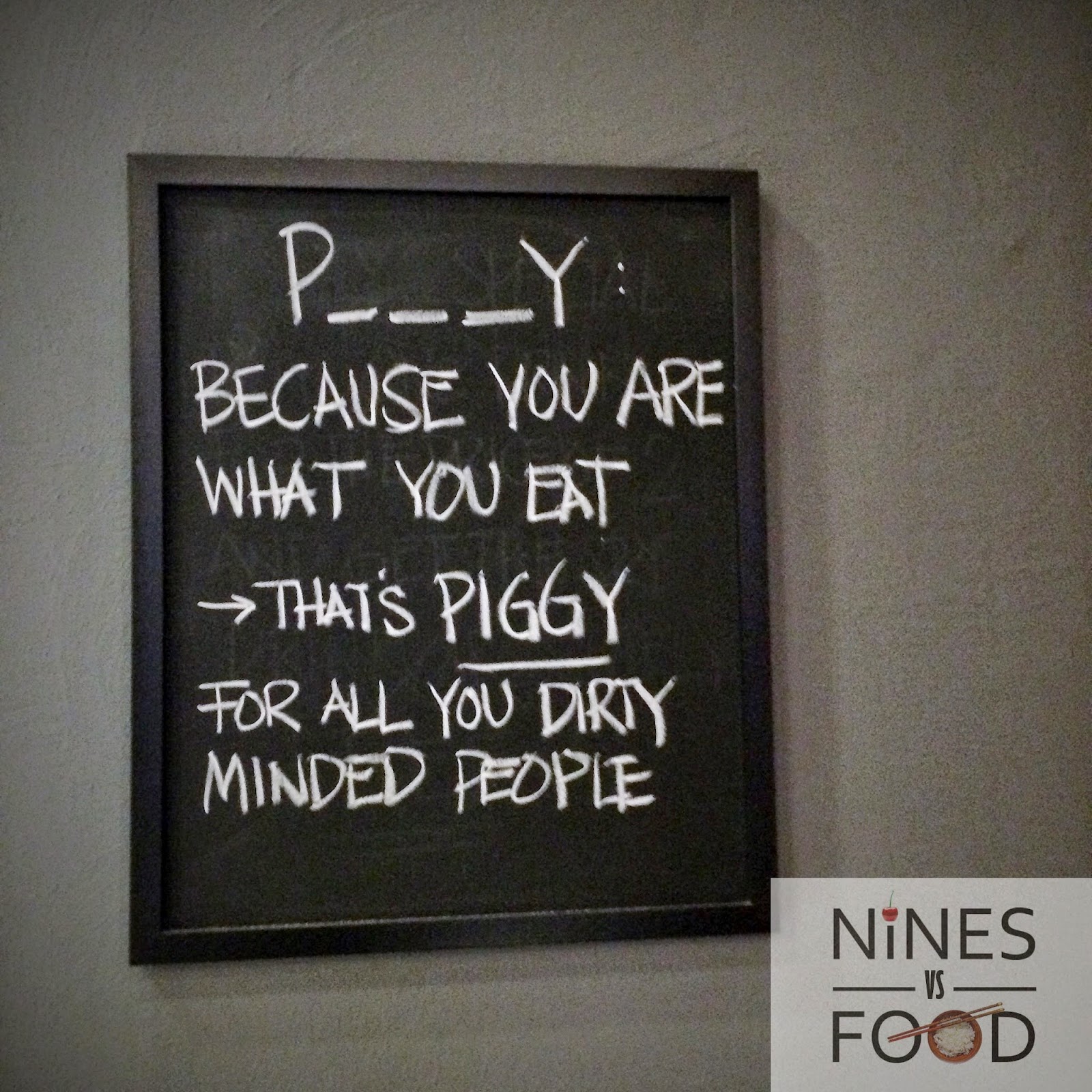 And oh, let us not forget this shrine-like set up with Kevin Bacon's face at the center. There's also a monitor that displays all the photos that Burgers & Brewskies collated from various Instagram users who tag their burgers and other dishes. 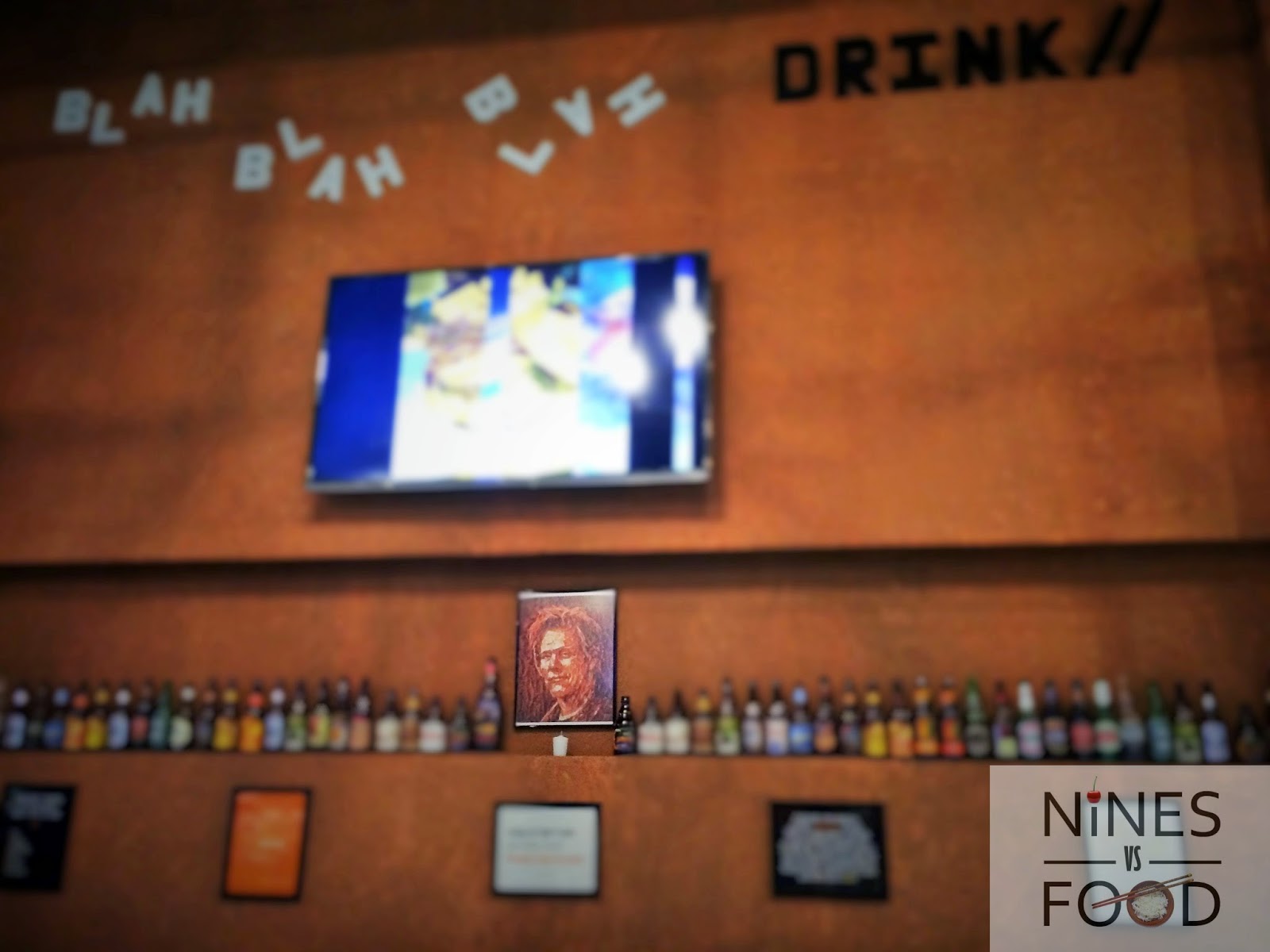 Marc Nocon, the owner, was telling us about the new items he previously introduced at the B&B, and my was I so interested. First up, the Bacon Chicharon, which is presented to us like a flower bouquet, looked and tasted scrumptious! Made with fresh pork strips, these were marinated in brine and fried to a crisp, and served with a special vinegar dip with chillies. This is freakingly delicious, with that right hint of saltiness. It's not your usual bacon, or chicharon, or whatever. Order this one and you won't regret it. :))

If you are into the concept of fish n' chips, then maybe you can try the Fish Poppers at Burgers & Brewskies, which is made with sea bream cooked in a tempura style, which resulted to something that I find more flavorful than the usual fried fish fillet. Served with crispy steak fries and some Chipotle Aioli dip, this is also equally addicting (but not as sinful) as the Bacon Chicharon.

If you fancy buffalo wings, you can probably try the new Angry Korean Wings, which is made with a Gochujang Chili based glaze that gives you a delicious kick of heat that makes you want to come back for more.

As we wanted to savor each and every burger on the menu, Marc gives us a sneak preview of his next experiment. If you're up for it, then you can probably try the Tikboy - or mini Sisig Sliders. Complete with that perfect combination of onions, chili and creamy dressing in between a patty completely made with fresh sisig! You'll love the creativity presented here with the use of a truly iconic Filipino dish.


I also happened to help myself with the yummy array of sausages that is also available at B&B. I can imagine this sausage platter, a few of my crazy friends and some bottles of beer/ some cocktails to cap off any random night.


Speaking of cocktails, why don't you try their stunning Classic Margarita? Just last February they launched a Buy One Take One Promo on all cocktails at the Capitol Commons Branch, so I wonder what promos are in store for the next couple of months.

Fancy to try their other side dishes? You can choose from different textures from wither these Kick-ass Spuds (fried marble potatoes with scallions, chili and bacon) or SPF - nope, not the one used for sunscreen :) it's Sweet Potato Fires tossed in a special sweet and spicy flavor mix  that only Marc knows about.


But overall, I highly recommend getting the Cuban Missile - it's whole corn smeared with mayo and some spiced fresh shredded cheese that's bonkers! It's like having some fresh corn salsa on your hands! Spritz it with lime, and I am just lovin' the flavors. But just in case you're not into making a mess, you can request their servers to have them separated into kernels, which is still awesome btw!


Moving on to the more serious stuff: of course, the BURGERS! Now, Burgers & Brewskies may have the craziest combinations when it comes to their burgers, but they are all very flavorful nonetheless. First up is the burger that started it all, the Call The Nurse -  complete with mustard aioli, cheese sauce, that seared mac and cheese and the ever photogenic honey sriracha bacon that has been posted all over social media. As much as it looks good, one thing is for sure: it tastes so good as well!


If you would love to have eggs on your burgers just like Mr. Man vs Food Adam Richman prefers on all his sandwiches, then the Walk of Shame is the right burger for you. Combined with cheese sauce, bacon, crispy potatoes, lemonnaise, and BACON, this is one hell of a breakfast burger.

Considered as another fan favorite, the Heisenberg (where the name was popularized by the notorious character from Breaking Bad), also has a play of textures thanks to the combination of jicama celery slaw, bacon vinaigrette and soft and creamy bleu cheese that is out of this world.

And who would forget that catchy name? Call yourself a winner and order your Winner Winner Chicken Dinner, which is one of their healthier, no wait, more intense burgers! You wouldn't even think it's made out of chicken! But I can tell you that it's made especially for B&B with cheese sauce, rum bbq sauce, roasted garlic aioli and fried onion strings for that crunchylicious experience!

If you think that Burgers & Brewskies is just about burgers, beer, and fries, think again: their desserts are the most addicting too! Have a happy ending (yes, they are literally called Happy Endings) when you try the Soy Panna Cotta (topped with sweet salty caramelized bacon - say whuuttt!) B&B Chocolate Pudding - rich dark chocolate custard topped with cinnamon oatmeal streusel. I rarely finish my dessert, but I did not have enough of this cup. And honestly, I am missing this now while I write this post, ugh.


For those who prefer having live music while having your favorite B&B dishes, what's great about the Capitol Commons branch is that they are also inviting musicians perform live on some nights! So come on and let's meet up soon at Burgers & Brewskies Capitol Commons!

*This post was written by the writer's own thoughts about Burgers & Brewskies. Thanks again to Marc Nocon, Donny Elvina, Spanky Enriquez and Richie Zamora.