Of "Borjer" Cravings And The New BRGR: The Burger Project Branch In Scout Rallos Timog

By Nines Licad January 04, 2014
Indeed, a lot of things happened for Nines vs. Food in 2013. I met different faces, tried different dishes and cuisines, and came up with different views based on taste and satisfaction. Although I had a couple of challenges which I faced during the last quarter of the year, in particular when Typhoon Yolanda struck the Visayas region, I felt devastated to make food reviews (because a lot of people are helpless and starving already, jeez). Good thing I was still able to cope up slowly before the year ends.

2013 may be over, and has been one heavenly food rollercoaster, but I won't stop just yet.

Yes, that includes not stopping to tell my friend and insisting him lately to grab some burgers. Burgers were my first craving for 2014 and just saying the word is becoming my habit lately. While he doesn't really care at my constant reminders to eat a burger, I even began to make faces in front of him while saying burgers into different pinoy terms over and over again, such as berjer, barjer, boooor-jerrrr and brrrgrrrrrr...with chess (cheese), trying my very best to convince him.

Of course, BRGR: The Burger Project was a definite choice when it comes to burgers and how I want it to be. 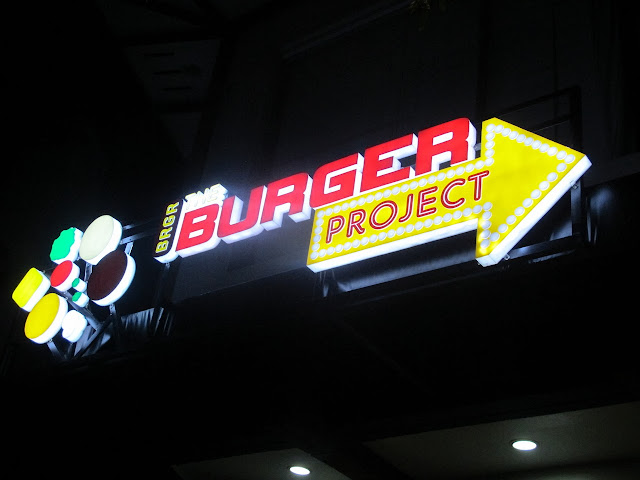 But the best news is that after conquering Maginhawa, Jupiter, and Vito Cruz, they now have another store open in Timog! It just opened in January 2 and is looking hot, hot, hot! Their new baby is located at 51 Scout Rallos, which is just near Papa Johns Pizza. 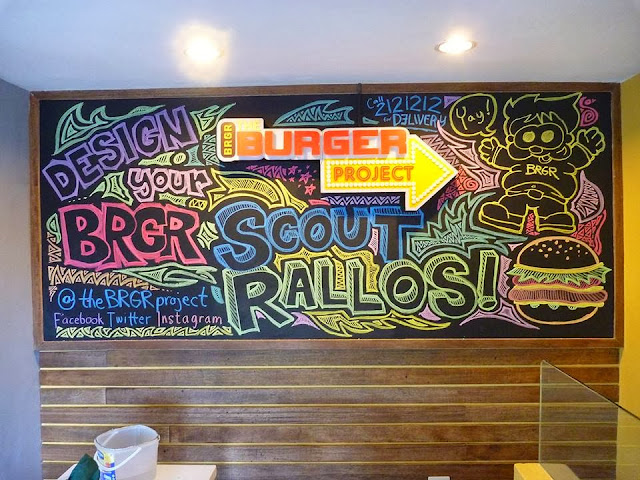 I don't know if it's just me, but a few things come to my mind when I eat at BRGR: The Burger Project, which I feel are not all too intellectual.

First, personalized burgers (for meat lovers and vegans alike), which I don't need to explain further, thanks to their handy infographic below. Not to mention, their onion rings on steroids (i miss them so much) and buffalo wings. 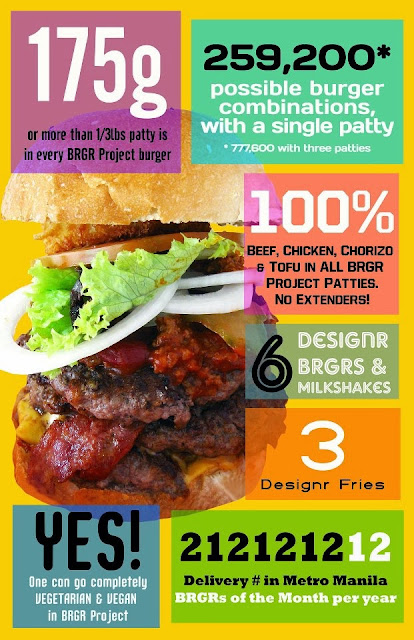 Second, their colorful 'chalk-full' of interiors, thanks to PJ Lanot and his keen eye for detail. Check out his video of finishing the new store's chalkboard collage in 2 hours. Great design as always! Way to go Kuya Peej!


Third, their huge and yummy milkshakes, which I highly recommend to serve along with your awesome designer burgers. 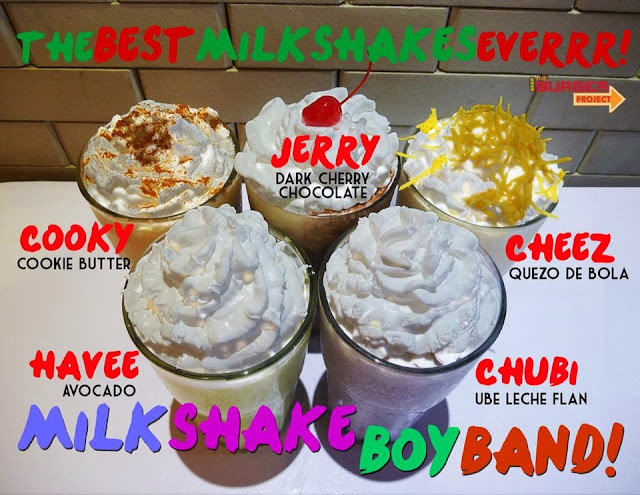 Last but not the least, their awesome in-house adverts! Complete with the actual designed burgers, a list of ingredients, cool burger names, and famous personalities, BRGR: The Burger Project brings home the bacon with their in-house graphics. It's like looking at covers of a magazine, or even seeing a latest movie poster. Btw, the photos below showcase limited edition designer burgers that BRGR: The Burger Project came up with last year. So let them inspire your fancy if you are planning to head on down to BRGR: The Burger Project. Yes, right now.

BRGR: The Burger Project at Scout Rallos, Timog is open to serve your burger cravings everyday from 11:00am to 12:00mn.

For more info on BRGR: The Burger Project, branch locations, menu and other exciting promos, check out their official accounts below:

*Disclaimer: The post is written based on the author's own thoughts and views on BRGR: The Burger Project.