My Yoshinoya Lunch With The 2013 Miss Earth Candidates

By Nines Licad November 30, 2013
I spared a little time in the middle of a workday to accept an invitation and have lunch with selected candidates of the upcoming 2013 Miss Earth Pageant with the Grand Coronation Night happening live on December 7. These beautiful women have graced their presence (and I mean literally) at Robinsons Galleria, particularly here at Yoshinoya. 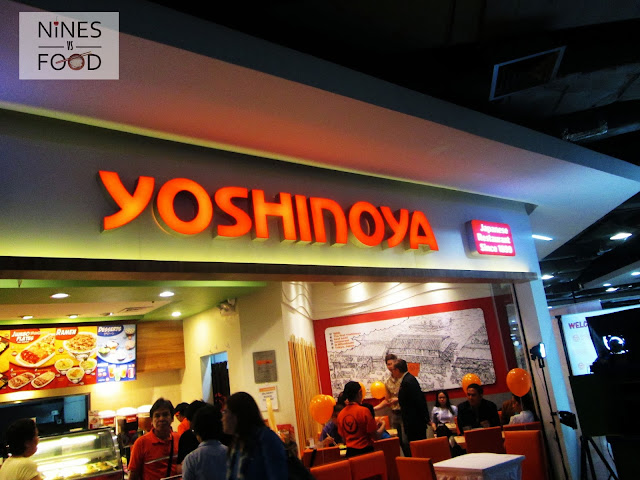 These beautiful women have a scheduled lunch at Yoshinoya, along with those coming from both traditional and online media representatives. As I witnessed on that day, I also saw that the girls also had a chance to play some cool games c/o the said establishment. Yoshinoya also had a Photobooth just outside the restaurant wherein people can have a chance to have their pictures taken with the Miss Earth pretties. 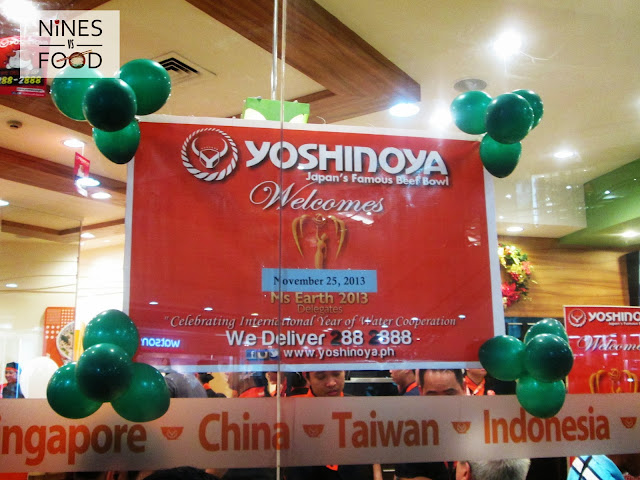 I've noticed lately that these girls have gone into a lot of places already ever since they gathered prior to the coronation night. So I decided not to put to much pictures of these girls on this post as I personally felt congested with the number of people taking pictures during the time of this event. I'm sure you can see a lot of better pictures of these lovely ladies, both on traditional and online publications. 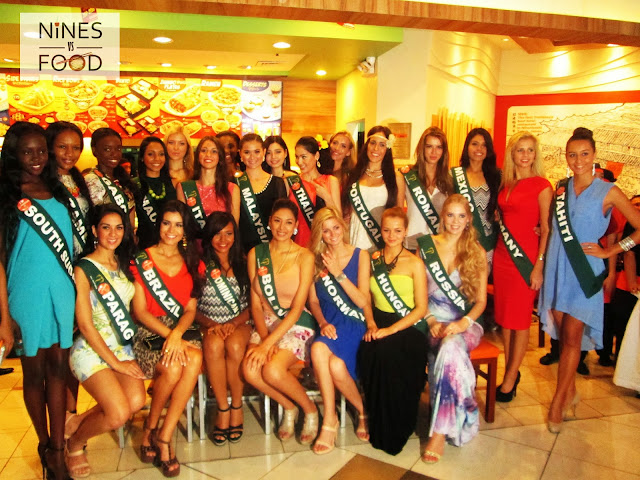 And since I let all the other guys from the media get all over the beautiful girls for the meantime, I focused on Yoshinoya's food since I am having a working lunch break anyway :)

It's funny that I just ate at Yoshinoya the week before the event, and I feel that I'm just gonna be eating the same dish again. Good thing though, that I was served a Beef Misono Bowl instead, which came on my table with some sauce, which I forgot if it was donburi or tempura sauce, because I remember that the server said donburi but it actually tasted like tempura sauce.

Topped with sliced green onions, I gladfully ate this bowl in a matter of minutes. I had Yoshinoya's Beef Gyudon before, but I personally preferred the Beef Misono better. I don't know if this is just because the media is being served, but if I have to come back I am hoping and praying that this dish should still be the same on how it looks like when I come back to order it again.

Not that Yoshinoya's Beef Gyudon is not good, but the Beef Misono features thicker cuts of meat. It's sweeter but savory too. I didn't have to request for soy sauce just to get the taste right, except maybe since I already had some sauce with my dish. 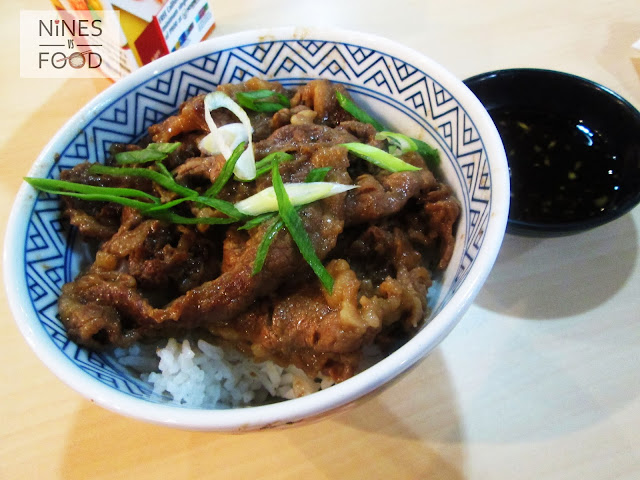 I also enjoyed eating the Kani Salad from Yoshinoya, which tasted entirely like a California Maki, only healthier and crunchier, thanks to the bed of fresh lettuce on top of the mix of cucumbers, kani strips, nori shreds, diced mangoes and mayo dressing and salmon roe on top. 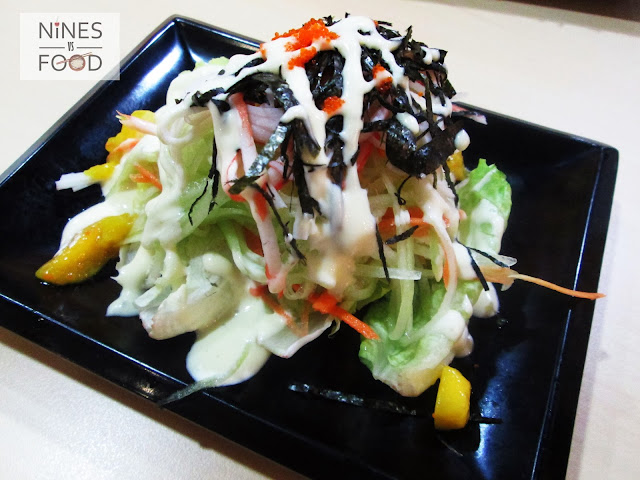 After chugging down a glass of Apple Iced Tea, served with a fresh slice of apple as garnish, I smiled. Lunch break is almost coming to a close. 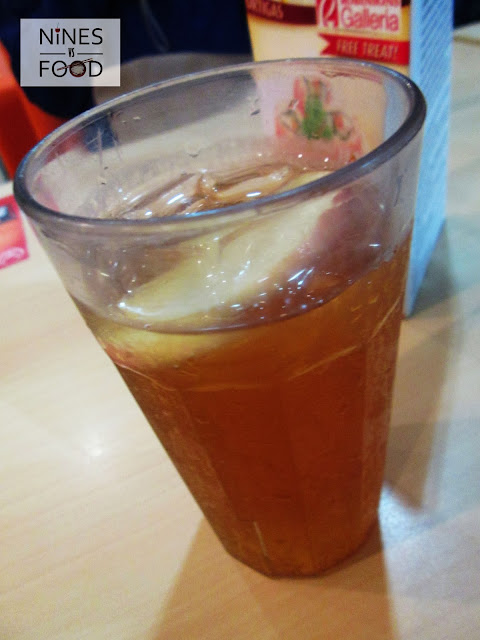 I was done eating when I had the opportunity to greet Mr. Richard Po, owner of Century Pacific Group (including Century Tuna and Yoshinoya). I humbly asked for a picture, or better yet, a "Po-to" opportunity hehe. It's good to meet you sir! 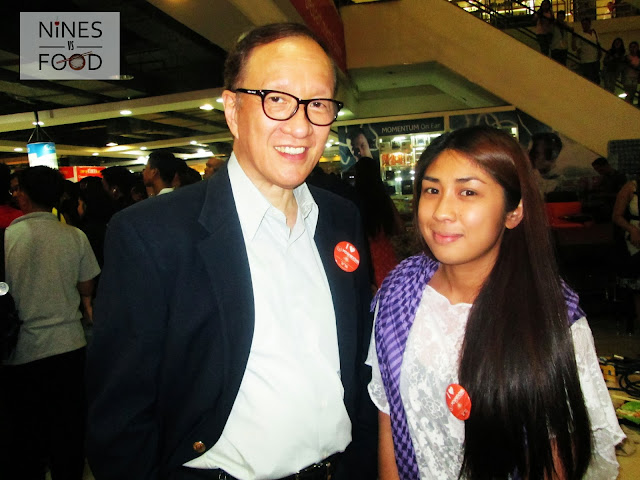 Of course, I wouldn't want to leave Yoshinoya without getting a picture from our country's pride for the Miss Earth Pageant. I'm wishing the best of luck to Angelee Claudette Delos Reyes. Let's go Philippines! 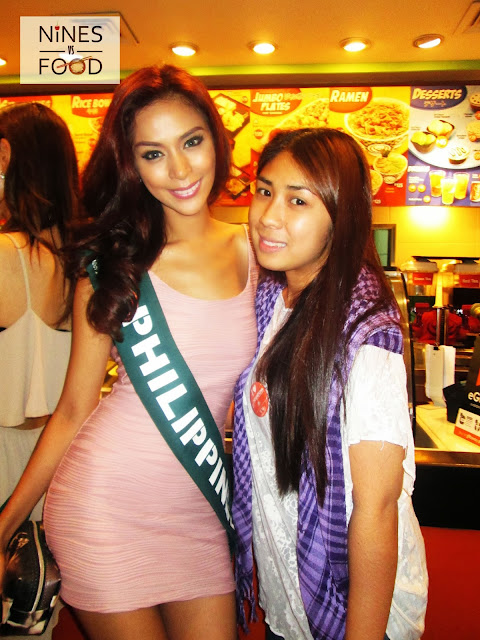 Catch the 2013 Miss Earth Beauty Pageant on December 7, with a Live Telecast at 8:00PM on Star World. You can also vote for your favorite delegate on the official website of Miss Earth on this link, as well as updates on their Facebook account:

*Disclaimer: The following post is entirely made from the writer's own thoughts and views on Yoshinoya.
* Shoutout of thanks to Travel On Shoetring