By Nines Licad November 18, 2013
Wohoho! So I guess that the Ayala UP Town Center seem to be one of the newest food meccas in Quezon City. This is due to the fact that ever since it opened to the public, I have already found a number of bloggers who already flocked to the area just to get a taste of what UP Town Center has to offer. A lot of websites already featured some of the restos, including Casa Verde.

I was very much eager to push through with a follow up article from my previous post about the good news that Casa Verde is finally opening in Manila, since I noticed that a LOT of people have been searching about the famous ribs and more outrageous food and drinks from Casa Verde.

To know more about my previous article, check it out HERE.

Unfortunately, it took me a number of weeks before I finally get to eat there. But finally, for those who haven't been there yet, I can't wait to share my experience with you. Sunday was a not-so-perfect day for me to eat out since I am not a big fan of waiting crowds and tables, but since I am craving for Case Verde's Brian's Ribs ever since the news broke out, I had no choice but to wait in line.

This personal account was not tampered by the fact that I can get away with the waiting, especially if I told the Casa Verde management that I was the one of the first few who blogged about it when they announced that they are opening in Manila. This is the usual experience people can have if you are planning to eat at Casa Verde on a Sunday night, so I highly suggest you read this post. The 'Mystery diner' mode is on!

7:05PM - I have seen UP Town Center only from afar ever since it opened, but as soon as I stepped foot there, I instantly asked the security guard up front as to where Casa Verde is located. I had no time to stroll around looking for other choices since I assumed a lot of people are gonna be waiting outside.

As soon as I gave my details to the lady at the small reception area, I breathed deeply and said "okayyy". True enough, I was on the waiting list for a table for two and was at the number 12 spot. There were lots people coming and going while I took that wait, and as I constantly walking around the area, trying to sneek away for a bit to see the nearby restaurants, I hurriedly get back to Casa Verde and stand by the area where I can hear my name just in case I'm going to be called next.

TIP: Thou shall not leave when waiting for your table. If you are serious about eating at Casa Verde, be extremely patient, even if your hunger is at stake. While waiting, try to go online, talk to someone, or as for a menu so you could narrow down your choices once you can finally have your own table. There's free wifi at the UP Town Center, but it's slow to none when you're at Casa Verde.

7:35 PM - They finally called my name, and good thing we got the table inside Casa Verde. There are about four tables outside but I personally don't want to be situated there in front of other customers waiting in line. We got two orders of Brian's Ribs, and because I'm eating with a TNL (Tunay na Lalake - real man), we ordered extra rice.

I just hope it gets fixed soon, but when I was there, no service water was available because their water filter got messed up, so even mixed juices aren't available as well. I'm used to just drinking water, but in this case I preferred to get some soda instead.

7:44 PM - Call it a miracle, but after just nine minutes our orders arrived. Man, that was fast. Then again, it might be because Casa Verde always anticipates that Brian's Ribs will be one of the crucial dishes to serve, therefore they might have cooked a lot already before they even get to our table. 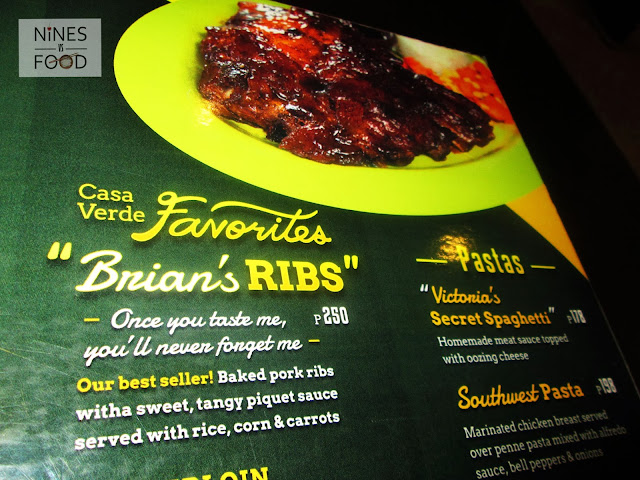 Ah, Brian's Ribs. This is how I remember my nights in Downtown Cebu, and later when I had the chance to pass by Casa Verde in Cebu IT Park. Both me and JV got two huge slabs of ribs, with a siding or corn and carrots and rice. We also asked for an extra serving of the piquet sauce, which was free but only on the first time. A bottle of Tabasco and our rumbling stomachs was all we need to finish these babies to the bone. 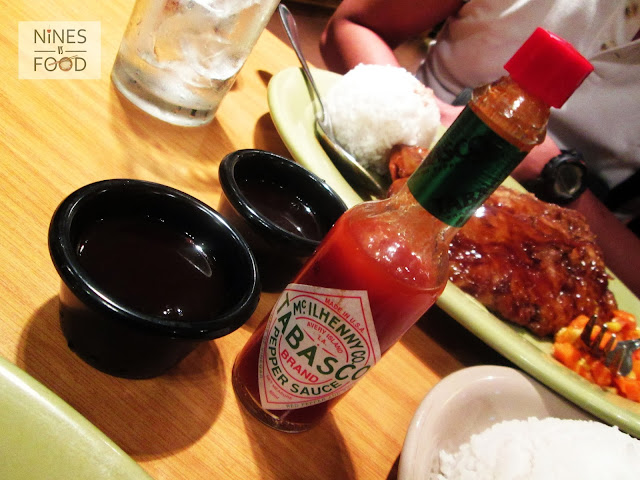 Now, I have had numerous instances of eating this dish during my days in Cebu City. As far as my memory is concerned, I did find some slight differences when I finally ate Brian's Ribs at the Casa Verde UP Town Center Branch. Here are my findings, and I don't know if you would agree with me on some factors.

Quantity wise, the ribs are still as huge as before. It might even be bigger now than on how I used to get them in Cebu. I literally used something to measure it, in this case, imagine 2 slabs the size of two cans of soda on a plate. Portions are huge in general, so I have no issues with this one.

However, the finished product that has been presented on my plate had one thing missing, and that is texture. I didn't really find the ribs that appealing. It lacked a bit of char. It wasn't like how I used to get it in Cebu, which looked like this one: 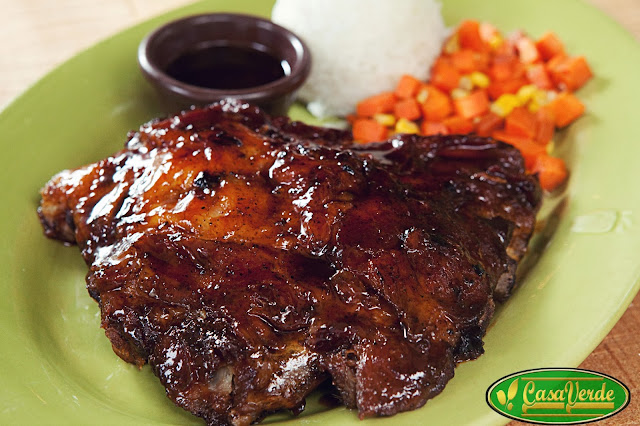 Instead, here is what I got: 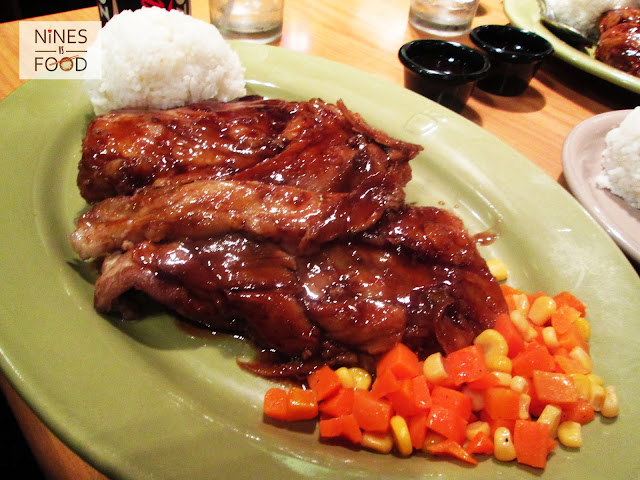 On a personal note, it could use a little more time in the oven due to the lack of that charred and peppery notes.

Although I would have to admit that the taste did not change at all, even though the some parts of the meat needs a bit more chewing. Nevertheless, it's all but succulent to my fragile set of teeth. I can say that the loveteam between the pork ribs and the sauce is just amazing. It's sweet and perfect for kids, but if you want to have it spicy, then please go forth and slather it with hot sauce. Too much sauce isn't my thing though, since the sweetness starts to be a bit overpowering for me.

I actually have attempted to imitating the piquet sauce but failed tremendously. so thank you...for bringing this baby to Manila. 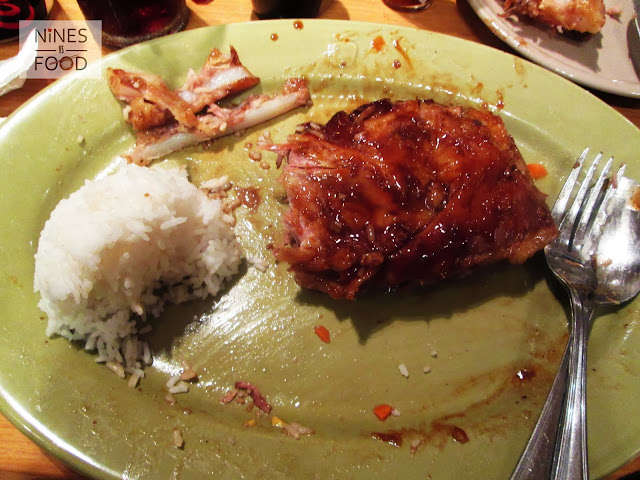 8:05 PM - I'm so full and had this for take-out because I couldn't take it anymore. So I decided to take this not-so-small slab back home, where I cooked it for a little more in the broiler, dashed with Tabasco and ate with a fresh hot cup of rice the next day.

We left at 8:12 PM and still seeing a lot of people waiting outside. They sure are patient like me to wait just to get a piece of something in this humble Cebuano restaurant.

I would love to go back sometime soon and try their other bestsellers, including a gigantic monster of a burger called The Big Bang, and the Milky Way as well, which is A HUGE (and I mean HUGE) glass of milkshake! Most of the dishes at Casa Verde are perfect for sharing so it's a great way to enjoy your food with say your family or a group of best buds eating out. Too bad, I wasn't able to order these yet so obviously so I have no available pictures of both The Big Bang and Milky Way, but you can google image search it for your convenience :))

The only thing I wouldn't do just yet is come back on a weekend because there's just a lot of people and I might not hold my hunger the next time I wait for another 30++mins. Hmm, I wonder how the crowd is on weekdays though. For those of you who already visited on a weekday, lemme know okay?