How To Make Sweet Cola and Spicy Beer Barbecue Combo

By Nines Licad July 20, 2013
Hi guys! Apologies if lately I wasn't able to post new articles. I have been (and still going through) on a crazy rollercoaster ride with leaving my previous job, working on a new job and major adjustments with schedule, and having to write with a messed up body clock is not really my kind of thing. But I'm quite doing better now, and as promised, here is the recipe for that tasty Sweet Cola and Spicy Beer Barbecue Combo. This is the dish I contributed during the recent barbecue party that I had with some friends. But before I share more details about both recipes, let me share with you some tips on how to make them extra yummy and special!

*Toast them spices first before mixing in your marinade: This technique will make your marinade more fragrant, and when that happens, of course it will get all soaked up in your meat. I personally love the smell of toasted rosemary when I use it in making other marinades.


*Soak your barbecue sticks in water to prevent them from burning while you grill them. Grill masters do this technique so you won't get your barbecue with wooden ends that are so burnt you can't hold them no longer.


*For a healthier version: Mix in your meat with a generous amount of different vegetables like onions, peppers, tomatoes, zucchini, etc. The synergy of flavors from the ingredients that you choose is definitely going to be as delicious.

*Be creative: Recipes tend to be "owned" by an individual when he or she takes on a different angle to any usual recipe out there. Remember, don't be afraid to take risks. Who knows? Maybe soon you can also make a standard recipe that you can say your own; one that you and your family can enjoy. 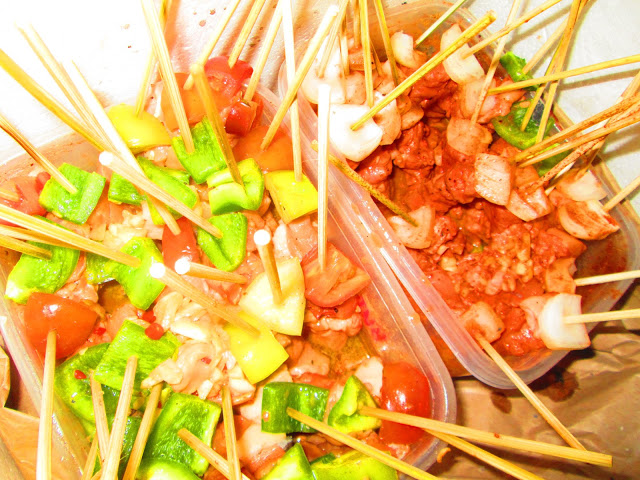 So that's that, and here are the things that you will need for Sweet Cola and Spicy Beer Barbecue Combo. Take note, I did both because some of the people at the barbecue party either like sweet or spicy versions, but feel free to do either depending on your preferred taste.

What I did also, is just bought 2 kilos of cut up pork -- barbecue cut, and divided it for both marinades. That time I did a total of 69 sticks of barbecue, but it really depends on how to place them on the sticks, which will of course determine the number of barbecue sticks you can do.

The basic thing for both marinades is to just prepare ingredients separately, and marinade the meat at least 4 hours or better if overnight. Then use the respective marinades to baste the meat and veggies while cooking. It's that simple! :) 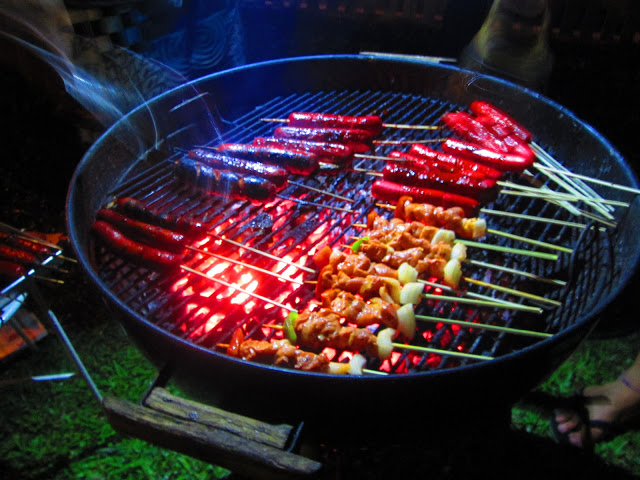 I never really had the time to take pictures of it after grilling them. And taste wise, my friends all seemed to like it, so it was one of the many hits that night I guess! Try this recipe guys and don't forget to share this with your friends and loved ones soon!