Fariñas Ilocos Empanada: A Taste of Ilocos in Manila

By Nines Licad April 27, 2013
I just love eating Ilocos Empanada. A medley of not-too-spicy savory Vigan longganisa (sausage), a veggie mix made from green papaya, and that egg, all wrapped inside a rice flour based orange colored dough. Oh oh oh. It's an combination of simple flavors which when combined, creates an explosion in your mouth that is simply delicious. So, have you ever tried eating Ilocos Empanada?

Just so some of you may know, Ilocos Empanada seem to have two versions, and I found about this only during that trip that I made to Vigan a few years back. Apologies for the crappy green eyeglasses hehe. 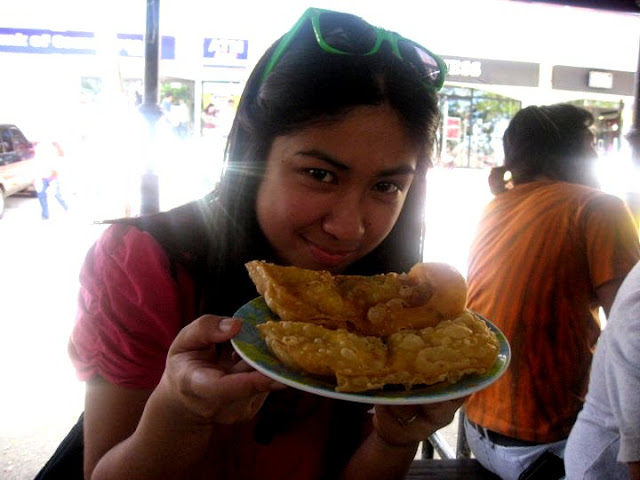 As you can see, the color of the dish that I was holding tend to be paler. The crust is also thinner, which is why it has a pop and crackle look to it. Although Vigan Empanada tastes great, as it is readily available at the streets in Ilocos Sur, I now turned to what's available here in Manila, and man do I get addicted with it at most times.

First time I tried it? I still remember buying my first Ilocos Empanada during one of those Sunday Markets previously held inside the Lung Center of the Philippines in Quezon City near the city hall. It was bright orange, and the people make and cook it in front of you as soon as you order. Usually served with vinegar (called Sukang Iloko), this was like a Sunday breakfast to me back then.

A number of years later, I only get the chance to eat them at a number of different food night markets, such as in Mercato, Banchetto, and other special food fairs. But recently, I now asked myself, "Why wait for the food night market when there's Fariñas Ilocos Empanada?" 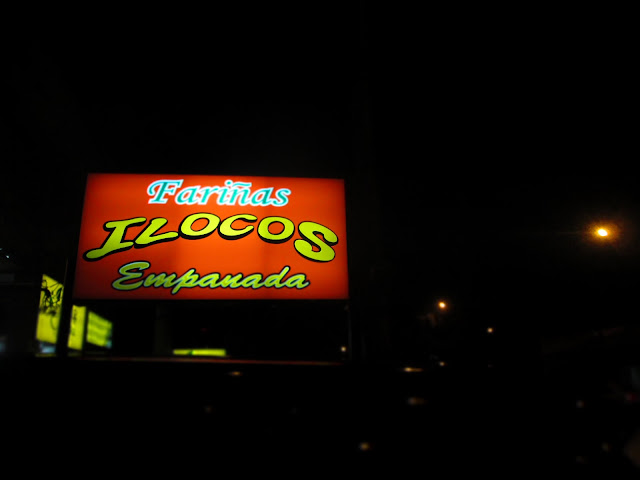 Their goal is to promote the authentic Ilocos Empanada here in Manila, which is a great thing by the way, and even so, Ilocanos staying here can still have a taste of home as well.

Here is their branch at West Avenue. Not only do they have a number of products on their per order menu, Fariñas Ilocos Empanada also offers other products like Sukang Iloko, Chichacorn (corn kernel snack) and Kamote Chips (sweet potato chips), Bagnet, Ilocos Garlic, Basi, Duhat Wine, and Mani with Dilis. 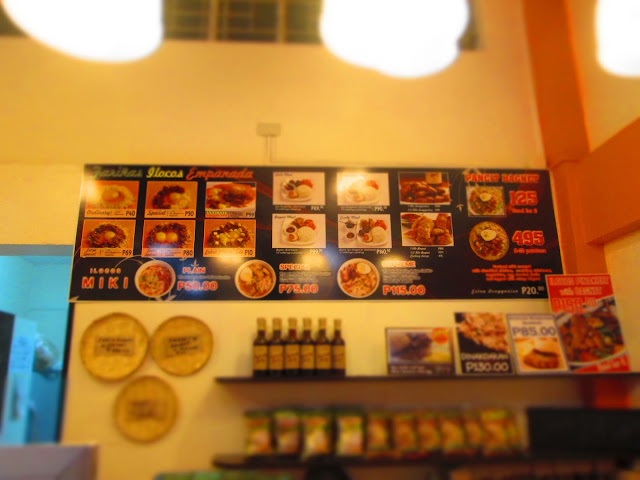 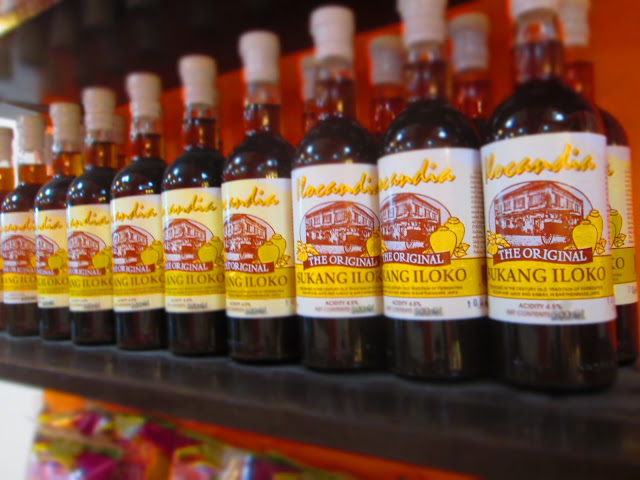 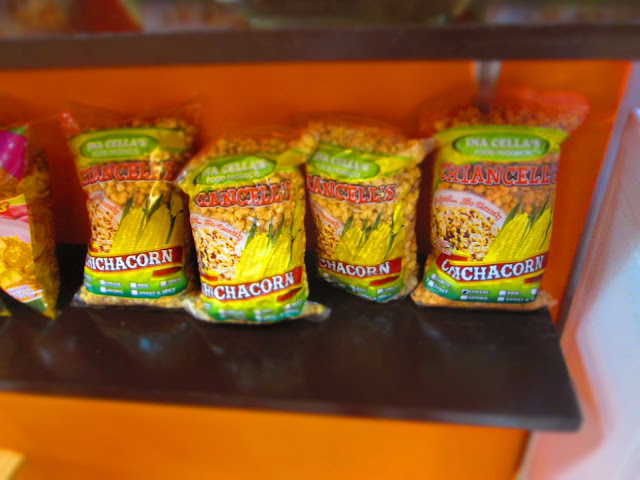 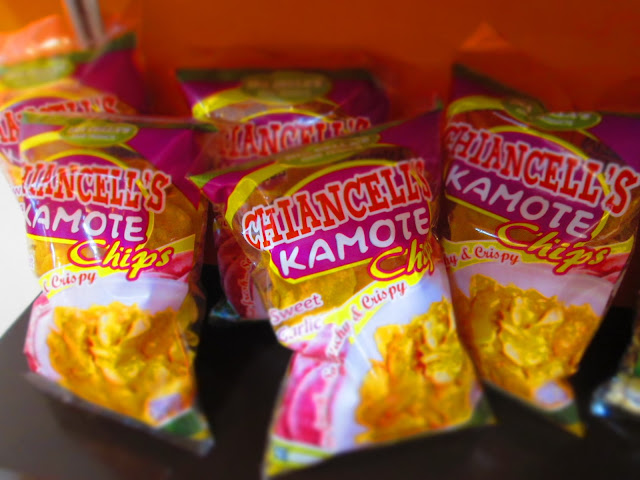 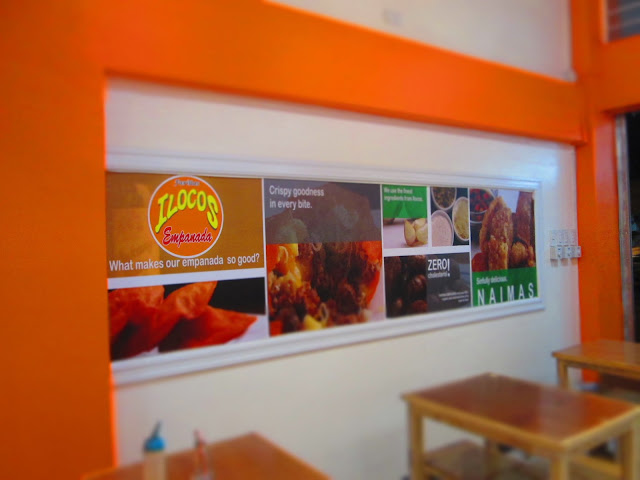 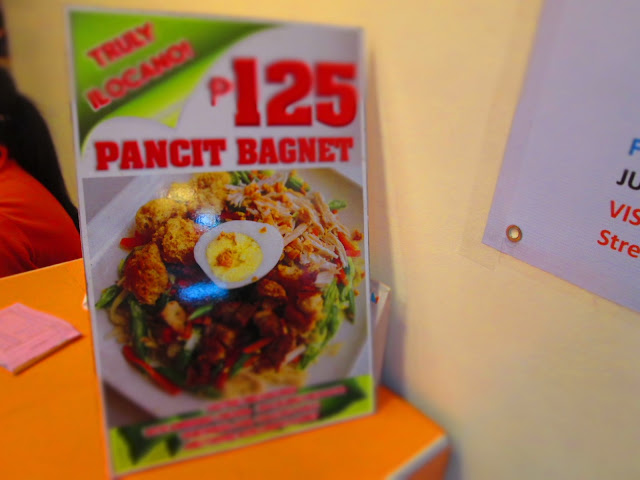 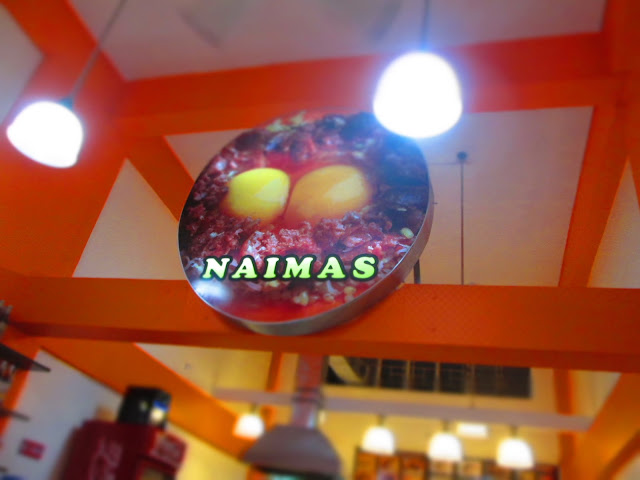 The place looks new, but I'm in for the Fariñas Ilocos Empanada's specialties. With this, I opted for the "Extra Special" Ilocos Empanada, or simply, an egg, veggies and two pieces of Vigan longganisa inside their thin crust. What's to like about Fariñas Ilocos Empanada is that they use only ingredients straight from Ilocos, and they use oil which is not "recycled" too. They've got an open kitchen concept with making their Ilocos empanadas so there's no worry on what they put on your food, because you can see them perfectly. 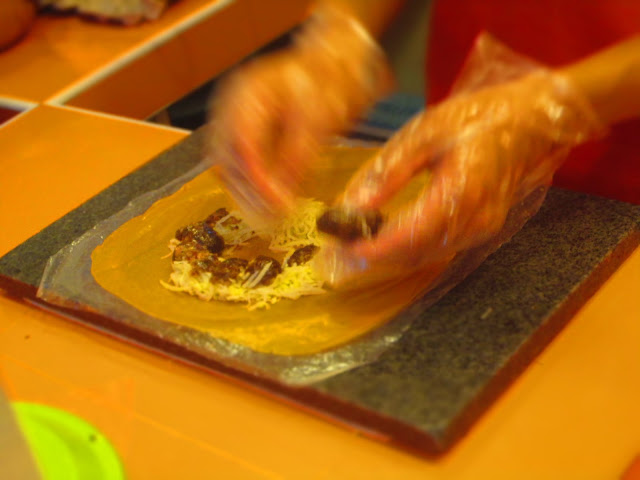 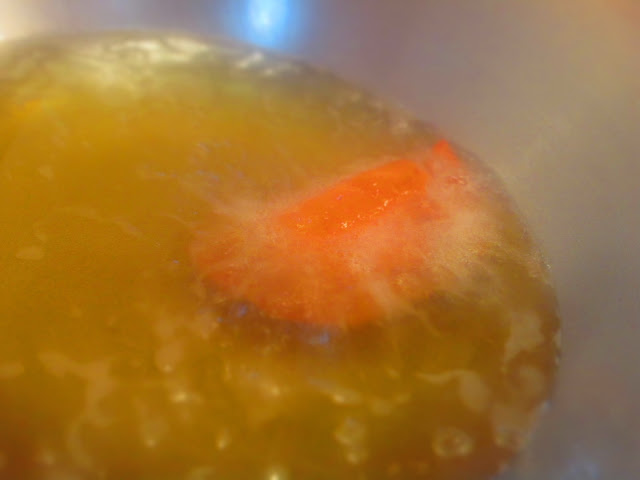 The only rant that I had though, was the dinakdakan. It was quite pricey at P130.00, and get this unsatisfying layer of dinakdakan on a sizzling plate. Although the taste is passable, the quantity is not that bearable. I told bf not to order this one (if he's hungry) next time we go here at Fariñas Ilocos Empanada. 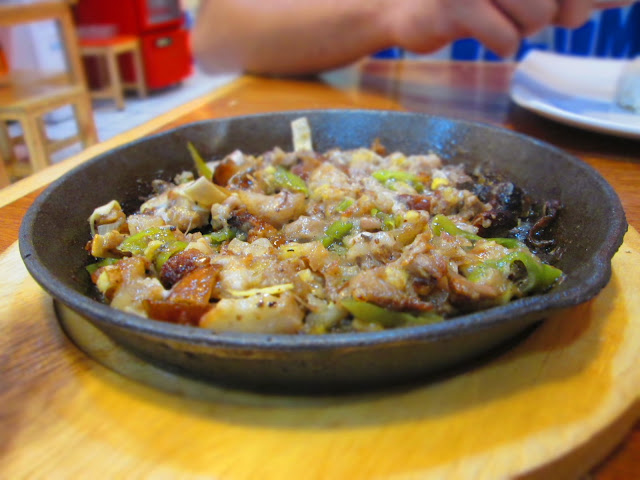 Good thing that Fariñas Ilocos Empanada offers free Miki soup, made with chicken and spices. I didn't try this one during that time because it was chicken (allergy allert). But after a few minutes of checking out on how the guy at the kitchen counter made my ordered empanada, it came hot and ready on my plate. 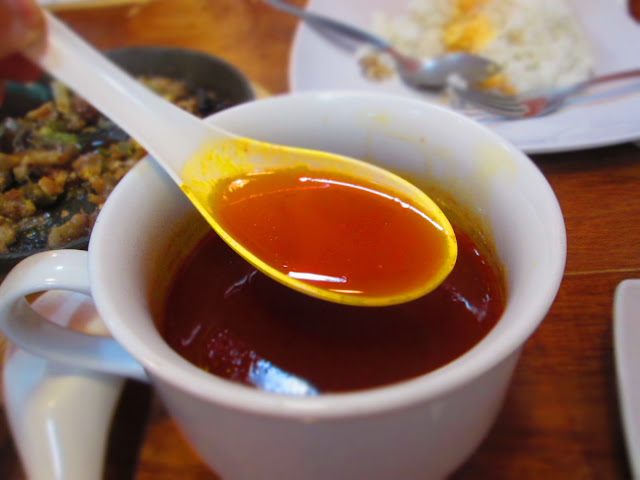 It's true that sometimes, looks can really either be deceiving, or their just plan simple and unappealing. But with the power of controlled judgment...I came to that expected surprise that I have been waiting for. 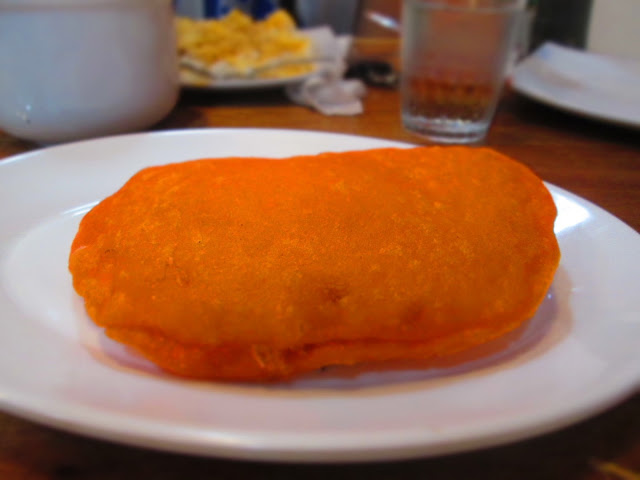 And in the words of Emeril Lagasse, "Bam!" 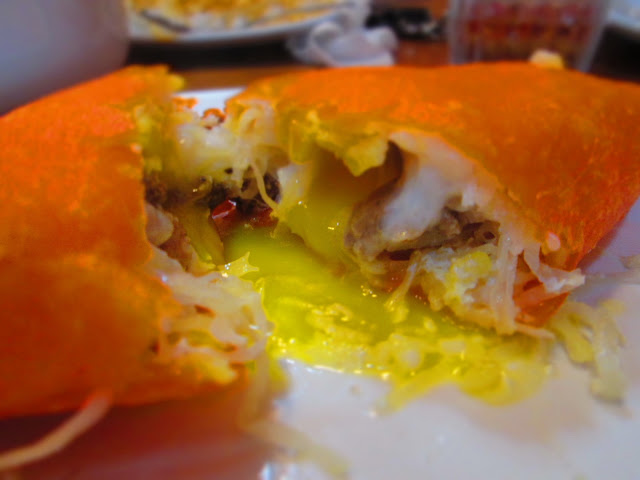 It's really fascinating that the egg just got to a soft cooked state, which really when the empanada at Fariñas Ilocos Empanada is eaten, you tend to smear some empanada over the warm egg yolk flood on your plate. Just divine! Yumyumyum. Can't wait to get back and try the other empanada versions, especially the one where there's even Bagnet inside it. 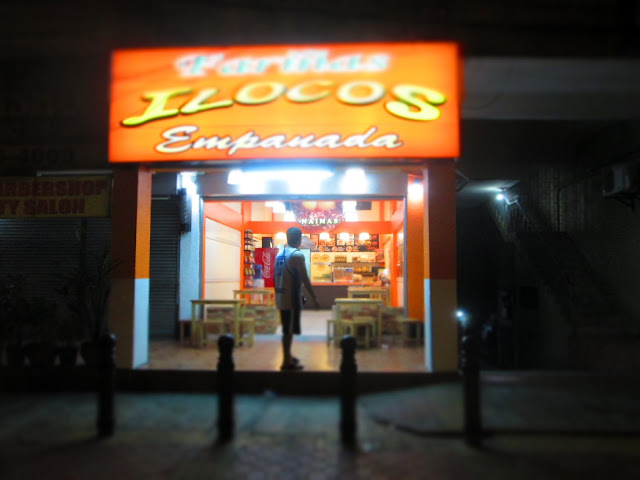